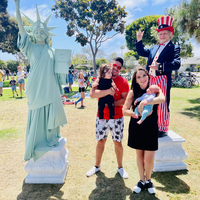 Pablo is a Medicare advisor at Eversurance, and has spent his time here getting to know his clients, their experiences, and perspectives. He loves being able to take care of their healthcare needs, and ensure they are receiving the care which they are entitled. He enjoys the culture that Eversurance has created for advisors, which allows them to focus on putting the needs of their clients first.